Cool roofs are one of the most effective and easiest solutions to increase the thermal comfort of buildings and reduce cooling costs in hot climate countries with high solar radiation and outdoor temperatures. Brunel University London, in cooperation with the European Cool Roofs Council, Sika Services AG and the University of Technology in Kingston, evaluated a project in Jamaica to study how the application of a solar roof can affect the thermal comfort of residential buildings in hot climates. 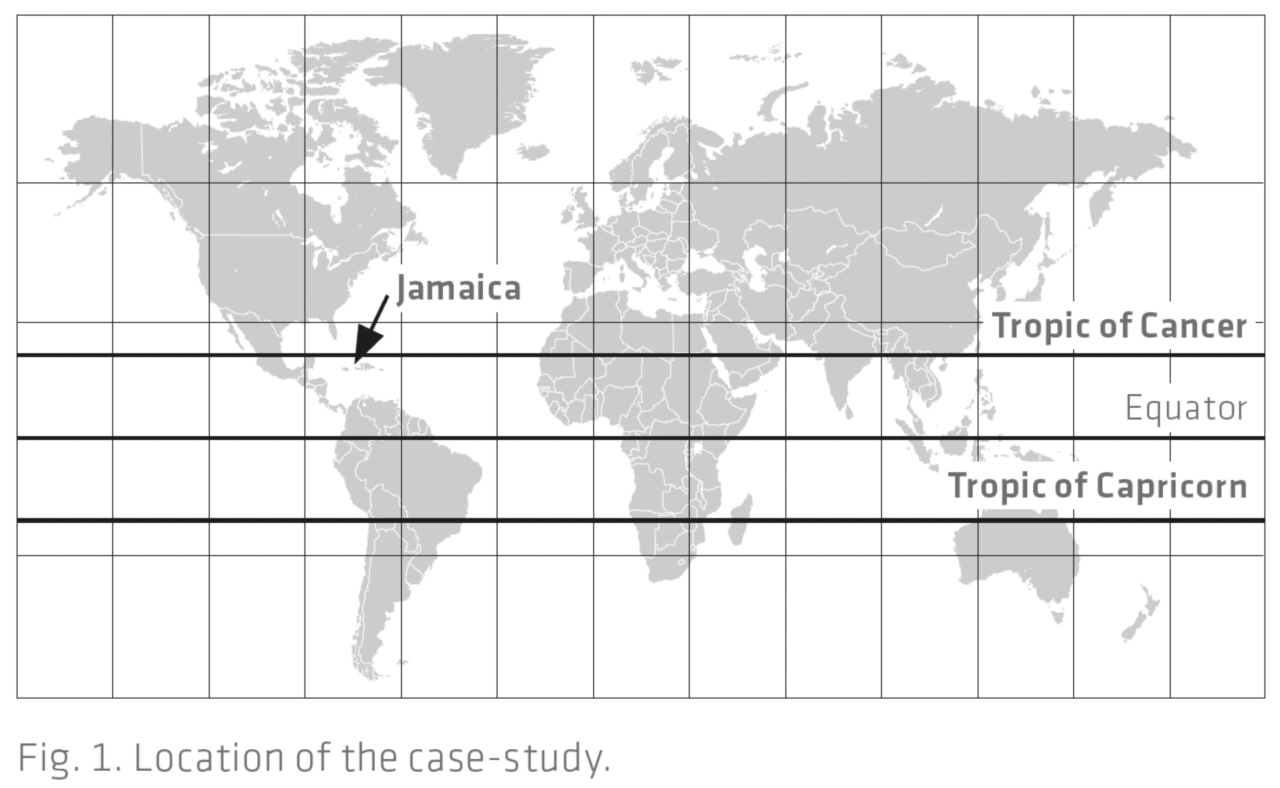 Subject of the Study 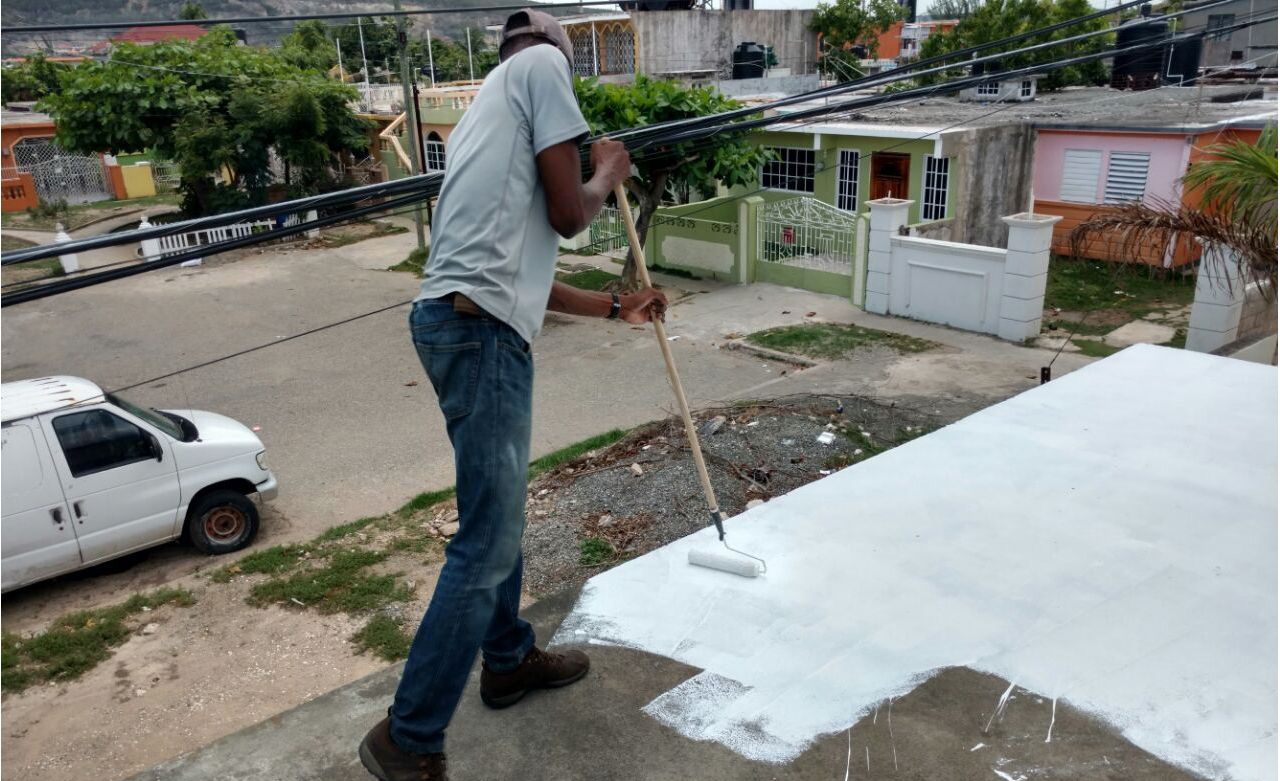 Image: Application of Sikalastic®-560 diluted with 10% water as a primer.

In first phase of application, Sikalastic®-560, diluted with 10% water, was applied as a primer. Then, 3 coats of the roofing product were applied within the over-coating times. The total system buildup was ~ 1.4 kg/m². Even though the average solar radiation and average outdoor temperatures are higher in April than in March, a significant decrease in roof temperature and indoor air temperature was measured after the application of Sikalastic®-560.

Figure 2 displays measurements taken on two days: The first day (13 March) was before the cool roof was applied, and the second (24 April) was after the application. Both days had similar air temperatures (37.4°C max. on 13 March and 38.2°C max. on 24 April) and similar average global solar radiation intensity during the day-time (416 W/m² on 13 March and 428 W/m² on 24 April). The indoor ceiling surface temperature was higher on 13 March than on 24 April by a maximum of 18.6°C and by an average of 6.8°C. Indoor air temperature measurements show that after the application of Sikalastic®-560 the living room was cooler by a maximum of 5.1°C and an average of 2.3°C. 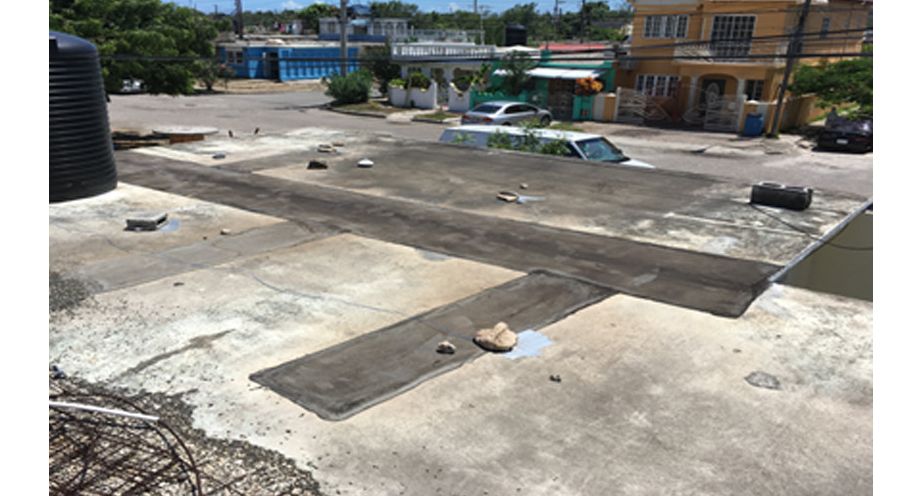 Image: Roof before the application. 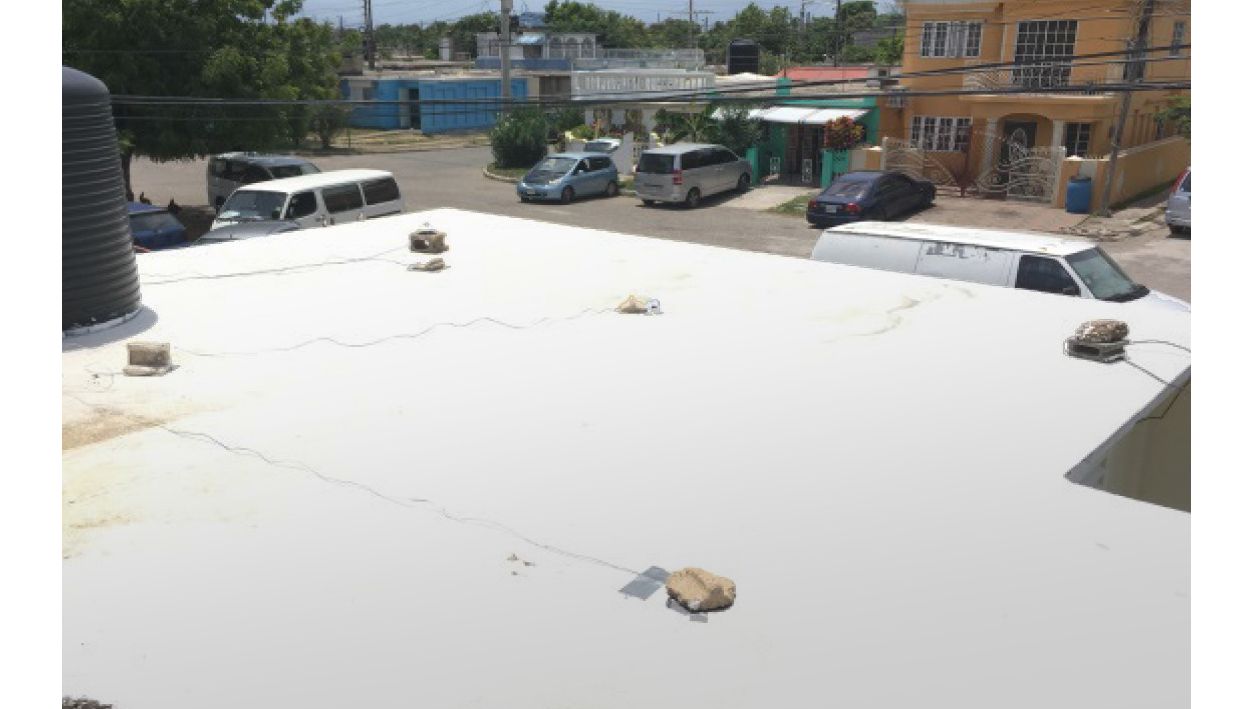 Image: Roof after the application.

Temperature Distribution Before and After the Application of Sikalastic®-560

This study shows that the application of a cool roof can significantly improve the thermal comfort of houses and thus improve the living conditions of the inhabitants.

Chief potential beneficiaries of this type of solution are low-income families who experience overheating of their houses, typically located near the equator in areas with high solar radiation intensity throughout the year (4 – 6 kWh/m²) and high outdoor temperatures.

Effective cooling strategies are urgently needed for these poorly insulated buildings in tropical climates, and upgrading the roof with Sikalastic®-560 is a relatively low cost option.

The  product is easy to apply and does not require professional applicators.

For more information about the project see: Energy and Buildings, Volume 176, 1 October 2018. 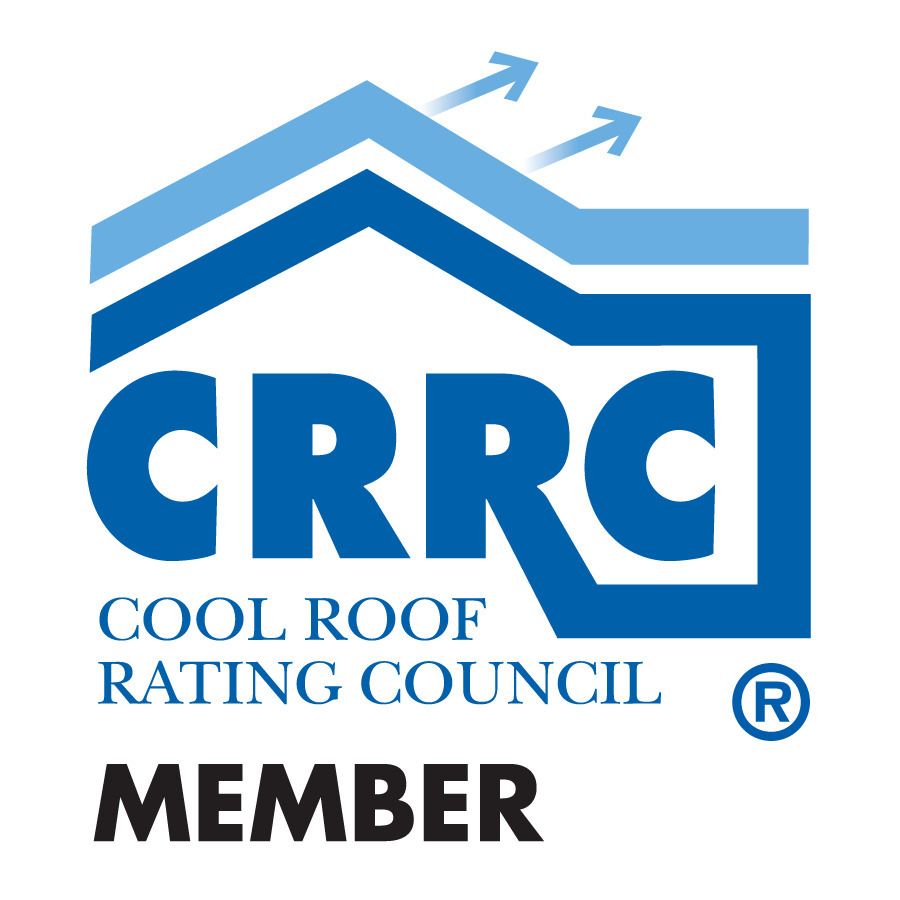 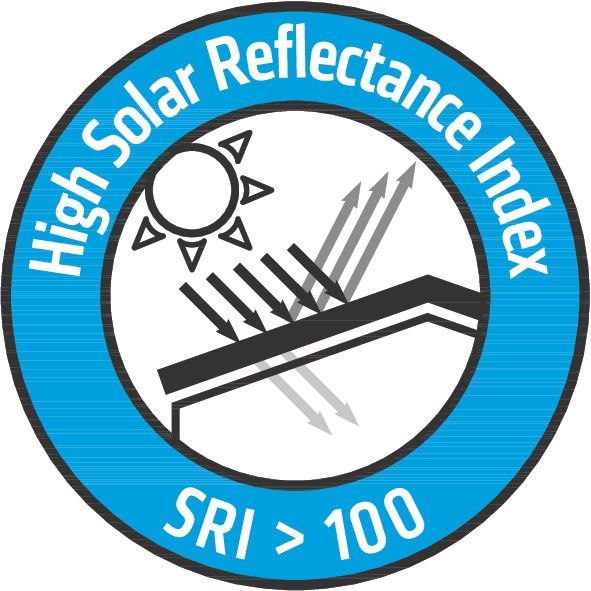